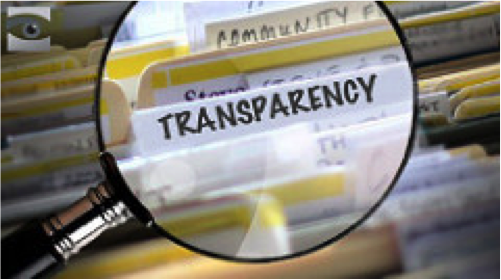 The Grant Reporting Efficiency and Assistance Transparency Act of 2017 (GREAT Act) was introduced as H.R. 4887 January 29 in the House of Representatives.

The bill seeks to modernize federal grant reporting by standardizing the information recipients submit to agencies.

If passed into law, here’s what the GREAT Act could mean for grantees.

The GREAT Act would create a standard taxonomy of data element definitions, as well as unique, government-wide identifiers for federal awards and grantees. As a result, all information submitted by federal grant recipients for reporting or audit purposes would be consistent across agencies, and thereby, searchable and machine-readable.

The Act also mandates that any new federal grantee reporting standards are consistent with those already in use by agencies under the DATA Act of 2014. According to Hudson Hollister, founder and executive director at the Data Coalition, “This means total interoperability between what grantees report and what agencies report.”

Recipient standards would be developed in collaboration with industry stakeholders, including the Treasury, agency heads, federal grant recipients and software providers.

Due to its success, the Common Data Element Reporting (CDER) Library, created by Health and Human Services (HHS) during the DATA Act Section 5 grant pilot program, could serve as inspiration and a starting point for GREAT Act requirements.

In addition to creating an official infrastructure for grantee reporting, the Act also seeks to “enable recipients of Federal assistance awards to reduce their compliance costs by automating the compilation and submission of reports to Federal agencies through the use of software adapted to a standardized data structure.”

If consistent standards exist between agencies and federal grant recipients, then software tools (like AmpliFund) could be built to automatically capture and submit required information in the correct format, and check for accuracy and completeness.

This would result in significant timesaving, as reporting today is largely done manually, and via disparate agency-specific tools and formats.

Like its predecessor the DATA Act, the GREAT Act also calls for all information collected to be published online (either on the existing Grants.gov site or something similar).

Full transparency into the whole grant ecosystem means greater insight into government spending for the public, watchdog groups, government leaders and federal agencies. All of which will ensure tax money is being used effectively to drive results.

An Overview of States’ Open Data Policies and Initiatives [Update]